I am absolutely thrilled to announce that I will be joining the Berkman Klein Center for Internet & Society at Harvard University as a faculty associate for the 2016-2017 academic year. During this time, I hope to extend my research and connect with new colleagues focused at the intersection of public libraries, digital inclusion, and broadband adoption.

Here’s a snippet from the Berkman Klein Center’s press release:

The class of fellows will primarily work in Cambridge, Massachusetts, alongside Berkman Klein faculty, students, and staff, as a vibrant community of research and practice. Honoring the networked ethos at the heart of the Center, faculty associates and affiliates from institutions the world over will actively participate as well. These relationships, as well as the countless fruitful engagements with alumni, partners, interns, and other colleagues, are fundamental to the Berkman Klein Center’s work and identity, and serve to increase the capacity of the field and generate opportunities for lasting impact. 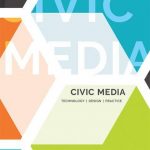 I have a new chapter published in Civic Media: Technology, Design, Practice by The MIT Press and edited by Eric Gordon and Paul Mihailidis. The chapter, titled “Community Media Infrastructure as Civic Engagement,” highlights the community needs assessment process in local communications infrastructure development in the United States as a form of civic engagement, which I argue we must fight to preserve in the digital age.

Here’s an excerpt from the chapter’s introduction:

In this chapter, I argue that it’s critical to look beyond Facebook, YouTube, and other participatory media platforms in order to focus on the underlying civic communications infrastructure that makes free speech possible in many communities around the world. In doing so, I highlight the case of public, educational, and government (PEG) access television in the United States as an example to show how ordinary people can engage with their local governments to determine the shape of their local media landscape and to promote open access to communication technology…

While Internet policy continues to be important in national and global debates, I argue that the history and present of PEG access in the U.S. provides a model for determining how local communities can shape their civic communication spaces. This model of localism in civic communications infrastructure development, I argue, provides important lessons for our thinking about the future of the Internet at home and around the world.