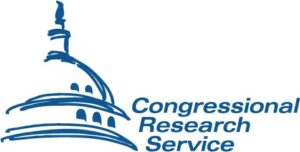 The Congressional Research Service is a department within the Library of Congress that has been providing timely research to the U.S. Congress that is “objective, authoritative and confidential, thereby contributing to an informed national legislature,” since 1914.

I am honored to share the news that my research on Digital Inclusion and Meaningful Broadband Adoption published by the Benton Foundation was featured in a April 6, 2020 report by the CSR, titled “State Broadband Initiatives: Selected State and Local Approaches as Potential Models for Federal Initiatives to Address the Digital Divide.”

END_OF_DOCUMENT_TOKEN_TO_BE_REPLACED

Here is a fantastic video, produced by Carson and Jessikha Block, that provides an overview of our Measuring Library Broadband Networks (MLBN) project. It’s a wonderful description of our research, which is funded by a two-year grant from the U.S. Institute of Museum and Library Services (award #LG-71-18-0110-18). to learn more about our research, please visit our project website at http://slis.simmons.edu/blogs/mlbn/

I am incredibly honored to share the news that I was selected as a finalist for this year’s Ernest A. Lynton Award for the Scholarship of Engagement for Early Career Faculty. Santamaría Graff, Assistant Professor of Urban Teacher Education at IUPUI was this year’s recipient, which was jointly awarded by Campus Compact and Brown University’s Swearer Center for Public Service. 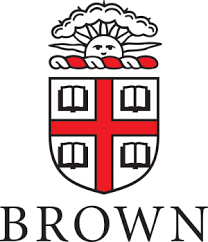 “The Lynton Award emphasizes community-engaged scholarly work across faculty roles. The scholarship of engagement represents an integrated view of faculty roles in which teaching, research/creative activity and service overlap and are mutually reinforcing, is characterized by scholarly work tied to a faculty member’s academic expertise, is of benefit to the external community, is visible and shared with community stakeholders and reflects the mission of the institution.”

The press release also explained that “the recipients of the 2019 Lynton and Ehrlich Awards will be recognized at Campus Compact’s Compact20 national conference, which will be held in Seattle, WA from March 29 to April 1, 2020.”

In our new article, titled “The Ability of Pay for Broadband” in the journal Communication Research and Practice, my co-authors Dr. Bianca Reisdorf, Madison Bishop, and I introduce a term that we are calling broadband workarounds based on the findings from our research. The concept builds on research by the late Les Gasser who I had the privilege of working with during my doctoral program at the University of Illinois at Urbana-Champaign.

Here is an excerpt from our article, which is freely available online for the next four weeks:

“Despite significant barriers to broadband access, there is evidence that low-income individuals and families, as well as the community-based organisations who serve them, will go to great lengths to access broadband. These factors indicate that individuals and families in low-income areas understand the value of broadband but simply cannot afford it – a sentiment that was reflected in interviews, focus groups, and the survey. Participants described what we are calling broadband workarounds, which are broadband-related activities such as splitting the cost of broadband with neighbours, using a friend’s home internet connection, and relying on public computing sites such as libraries and other community technology centres. Similar to Gasser’s notion of ‘work-arounds’ (1986) as ‘adhoc strategies to solve immediate and pressing problems’ (p. 216), we use the term broadband workarounds to describe the everyday strategies that participants described to address the cost-related barriers to broadband. Local digital inclusion organisations, including public libraries, work to alleviate the need for broadband workarounds by creating and connecting people to low-cost broadband options. A focus on these local community assets as a starting point for broadband policy can sharpen awareness of the innovative solutions that already exist in low-income areas.”

UPDATE (6/19/19): After sharing this blog post via Twitter today, John Horrigan responded in this tweet by noting that he had called “online access at the library part of a ‘workaround ecosystem'” for work he did a few years ago with Monica Anderson at the Pew Research Center, which can be found online here.